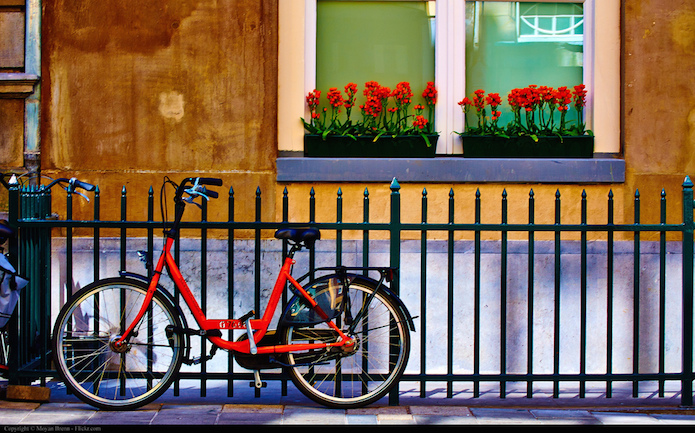 I was keen to attend the ODI’s Open Data for Smart Cities course as I chose smart cities as the topic for my dissertation, as part of my Master’s degree in Global Governance and Diplomacy at the University of Oxford.

The recent hype surrounding smart cities has been accompanied by a proliferation of attempts to define them. However, most of the definitions fail to capture the concept’s complexity as well as its transformative potential. The ODI’s course unpacked the buzzword and then helped us to reimagine how a city can become ‘smart’ through the ‘3 Cs’ framework: communication, convenience and consciousness. This framework shifts away from the narrow focus on technology dominating the smart cities landscape in order to understand the role of the citizen in the design and governance of smart cities.

‘Smart’ is flexible, networked and decentralised

One of the crucial things I took away from the course was that flexibility is a key ingredient for effective smart cities. Instead of relying on predetermined grand visions and trajectories, smart cities that embrace network thinking are more responsive and adaptable to the unpredictable events and interactions that characterise urban life. Rather than importing one-size-fits-all technology ‘solutions’ – in which cities merely become linear connections between services and people – smart cities are increasingly decentralising their organisational structure to spur multi-level experimentation.

For example, Amsterdam and Barcelona have deployed the Smart Citizen environmental sensing network to enable citizens to capture and interpret data within their communities. Through an open source data platform, the cities are encouraging citizens and entrepreneurs to build data-apps and tools to help improve quality of life within their cities.

In my opinion, the predominant perception of smart cities as efficient, technological hubs overlooks the potential for smart cities to help people interact with places and each other however they like, rather than in ways prescribed by policymakers or city planners. A key message I learnt from the course was that for cities to become smart, they need to put people back at the heart of planning and governance, embedding citizen happiness and satisfaction as design principles. Successful smart cities are engaging in desire-path planning, by tailoring city design to human decision making rather than seeking to anticipate it. For example, Transport for London is currently analysing data collected from people’s Tube journeys in order to re-examine distances between stations and, consequently, improve access to the city and the human experience of it. By contrast, the prioritisation of efficiency over choice in urban planning and the failure to create opportunities for collaboration have created citizen resentment in the supposedly smart city of Songdo, South Korea.

In smart cities, data is a universal translator for interpreting and responding to desire paths. The sharing of open data allows for interoperability within and between smart cities, overcoming the silos that have traditionally hindered policymaking. Making data more open and accessible creates opportunities for businesses to align their own incentives with city goals in order to take advantage of the $1.5tr market opportunity that smart cities represent.

In the last part of the Open Data for Smart Cities course, we participants became policymakers, tasked with designing a successful smart city by leveraging the ‘open city value loop’ to support citizens’ choices and enhance urban life.

The open city value loop consists of four nodes: data publishers, discovery service providers, app or service developers and communities of interest. When the value loop is operating optimally, data is transformed from mere numbers and statistics into meaningful information with practical utility. Smart city living labs, such as in Kansas City, are open innovation ecosystems that facilitate this conversion by opening up rich sources of data within cities and enabling citizens to become co-creators in their design and governance.

It is through such collaboration that the transformative potential of smart cities can be unlocked.

If you have ideas or experience in open data that you'd like to share, pitch us a blog or tweet us at @ODIHQ. If you'd like to learn more about open data and its potential, check out our diverse, interactive courses.

Comment: Why only open data can save smart cities