As weddings get more weird and wonderful, why are marriage certificates in England and Wales still so outdated? Replacing marriage ‘books’ with an electronic register would allow more flexibility and stop mothers from being ‘airbrushed out of history’ 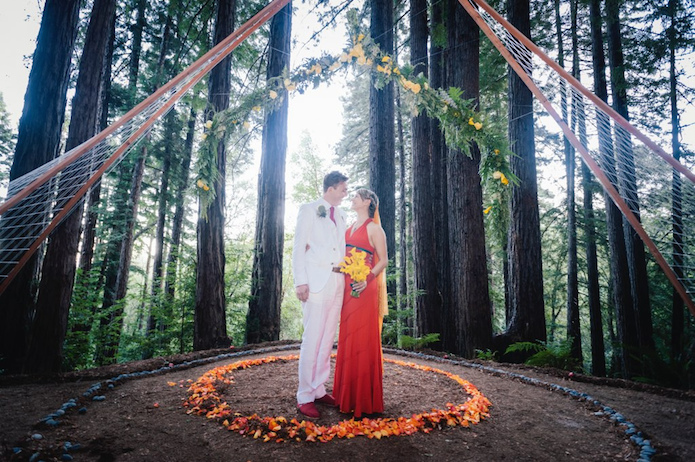 However you spend your wedding, you'll still be faced with the same question at the registry: 'What is your father's name and occupation'. CC BY 2.0, uploaded by [Coyote & Saint](https://www.flickr.com/photos/[email protected]/11931874693/in/photolist-jbnYDt-jaGhFk-jaFQBY-jaGfnd-jbeUD3-jaDAha-jbdScS-qWiXfh-rdTSuP-nQbj5R-e1KPfm-nQb27y-jaDTAi-jaDKMH-jaFvZr-jbauo4-jaFxns-jaHsgb-jb9fcc-jbbNia-jbixXJ-jbhWz8-jaF2hr-jaF21X-jaDEjP-jbhT91-jaG2go-jaFfpD-jbdiix-jaJaoU-jbjDid-jaGtCF-jaFF6y-jaELMB-jaDgKv-jaEDRT-jbd3y3-jaGj3t-jaGJHb-jbga4d-jaFMks-jbnXhS-jaHd8b-jbdbrh-jbq3tQ-jaDuPM-jaJpFS-jbbDb4-jaGzKR-jbfBw5 “Coyote & Saint").

I’ve reached the stage of life where a good proportion of my friends are either recently married or frantically planning a wedding.

With most of them committed feminists, it’s been interesting to see the different ways in which my friends have adapted the traditional wedding ceremony to suit their beliefs or inclinations. Some have worn colourful dresses instead of ‘virginal’ white; some have been ‘given away’ by both parents, or just their mum; while some have kept things seriously low-key with a quick trip to the registry office then a celebratory pint in the pub and a few words from a pal.

It is great to see forward-thinking peers choosing to bring the archetypal wedding along with them as they hone and shape the societies they live in. But one thing we can’t adapt or personalise is the way in which our nuptials are officially recorded in marriage certificates.

In England and Wales, all marriages must be registered once they have taken place. And despite recent progress in marriage equality – with legislation to allow same-sex marriage coming into force in 2014 – ‘prescribed particulars’ to be registered for a marriage still include details of the father, and not the mother, of those getting married.

What this means is that, however you’ve spent it, after saying "I do", “I will,” or whatever your affirmation may be, you’re faced flatly with the question: "And what is your father’s name and occupation?" Not only is this likely to cause offence among those who might be present at the ceremony – not least the woman who gave birth to you – but it has the longer-term, harmful effect of seeing that mothers are “airbrushed out of history” on official records, as Joanna Moorhead put it in a 2014 Guardian opinion piece.

This historical data point is an important one. "The records kept by the register office are the one place where we have a kind of immortality," Moorhead adds. “It is the first place researchers go to find out about social trends and family life through the centuries; the fact that women's lives have not been properly recorded there speaks volumes about the depth of our country's patriarchy, and how slow we have been and continue to be to shake it off.”

Let’s pause for thought here, and consider the implications of women’s omission from these records. Since genealogists, sociologists, historians and other researchers can’t get as comprehensive or detailed data about women’s positions in society over hundreds of years as they can men’s, what does that mean for our historical perspectives of women and their place in society? How does it obscure what we can understand of them, their occupations and their motivations? This information bias is similar to the same that exists within Wikipedia, which I discussed with Wikimedia UK CEO Lucy Crompton-Reid in a recent ODI Podcast. Women’s under-representation in Wikipedia’s editorial processes means that its reams of front-end information is largely skewed in favour of male perspectives. This obviously has far-reaching consequences, the full, global extent of which we can only imagine.

It seemed in 2014 that progress was finally being made to achieve equality in marriage certificates. Following calls from both within and outside of Parliament for mothers’ details to be included in marriage registration, on 18 August the Prime Minister announced the Government’s intention to address this issue.

However, the closest we’ve got to legislation – the Marriage and Civil Partnership Registration (Mothers' Names) Bill 2015–16 – was not debated in Parliament and made no further progress beyond the end of its 2015–16 session.

The concern about this bill was that the way it was drafted meant if you were someone with two female parents your situation couldn’t be properly reflected. While true, said Caroline Lucas MP in a recent episode of BBC Radio 4’s Woman’s Hour, it would be an "incredibly simple thing to address" by bringing the rules around marriage certificates into line with the way in which civil partnerships are already dealt with in England and Wales, and marriage and civil partnerships are already dealt with in Scotland.

"This would simply mean that you replace the marriage certificate ‘books’ with an electronic register," says Lucas, which would have “all kinds of benefits in terms of flexibility [and] being able to reflect whatever the particular situation is in front of you” including same-sex marriages. It would also mean that the administration around marriage registration would be streamlined and less expensive, Lucas goes on to say. “This isn’t rocket science, and I think it would be hard for the government to argue that there isn’t space in the parliamentary timetable to do this.”

At a Westminster Hall debate on marriage registration certificates in December 2015, junior Home Office Minister Richard Harrington suggested that the Government did intend to remedy the issue, saying that Home Office officials were working with stakeholders to ensure the needs of all different types of family were met. Home Office Minister, James Brokenshire, has since indicated that making necessary changes will require extra funding "changes to legislation, IT systems and administrative processes", and the timetable for change is still unknown.

An early day motion was tabled in May 2016 by Caroline Lucas to address the issue, for the third time in as many parliamentary terms.

As feminist campaigner Ailsa Burkimsher Sadler has stressed in a recent petition update, pressure is needed to ensure #MothersOnMarriageCerts is implemented. The important thing is that we continue to talk about it, and continue to push for data that is critical to our history to be collected and presented in ways that are efficient, comprehensive, accessible and fair.

ODI Podcast: Editing out the gender gap on Wikipedia