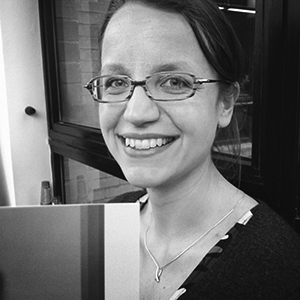 It’s a strange quirk of human nature that what appears to some as an unscalable wall of data will be to another a site of intrepid adventure. Data (mere mention of the word will strike fear into some people’s hearts) is all around us, and is increasing by the exabyte. Luckily there are plenty of ways to get your data engaged, analysed and working for you. The ODI’s first-ever incubating business, Mastodon C are working with businesses and government to help them unlock the power of their data. We spoke to Francine Bennett, CEO at Mastodon C, about her involvement in the upcoming Open Data InstituteSummit (October 29th).

What will you be talking about at the Open Data Summit? I hope to be having discussions about how to really put open data to work for business, social, and environmental benefit. We're all about turning raw data into the outcomes that an organisation needs. Which innovation or discovery in open data has most surprised you?

I think the willingness of organisations to actually issue open data has been a very pleasant surprise, and something that's borne fruit in getting the movement off the ground. For example, we’ve made a lot of use of the NHS’s GP prescribing datasets, which are a fantastically rich resource. What direction do you see open data heading in over the next five years, and what most excites you about the future?

It's a very new field, so I hope to see it become standard practice to create and use large amounts of open data for all types of organisations over the next five years. Working with data can be a complex thing, so I don’t expect everyone to become experts, but I do think that critical thinking about data is going to be a big part of people’s jobs as we have more and more data available to help us in thinking and decision-making.

As the number of councils, cities and countries opening up their data increases, which sector do you think stands to gain the most (business, government, commercial, environmental, etc.) and why?

All of them! I'd particularly like to see government and the environmental sector use open data to understand where to use resources best, so that nothing is wasted. Data can help the people deploying the resources to figure out how to use them - for example, I really love this example of New York City using predictive modelling on data to send their limited number of building inspectors to take care of the most dangerous issues first. Francine will be speaking more about the usefulness of open data for businesses at the first annual Open Data Summit (October 29th, Museum of London). Split into four unique sessions (each approaching the open data movement from a unique angle), a film screening, and a Gala Dinner (including presentation from Sir Tim Berners-Lee) the Summit will asses open data’s impact on government, business and society.