Guest post: Empowering citizens to contribute to a data commons

Imagine if we could safely contribute anonymised personal data to a commons for others to reuse. Tom Heath reflects on a project run with King's College London to explore how insights and benefits can be extended beyond the few to the many 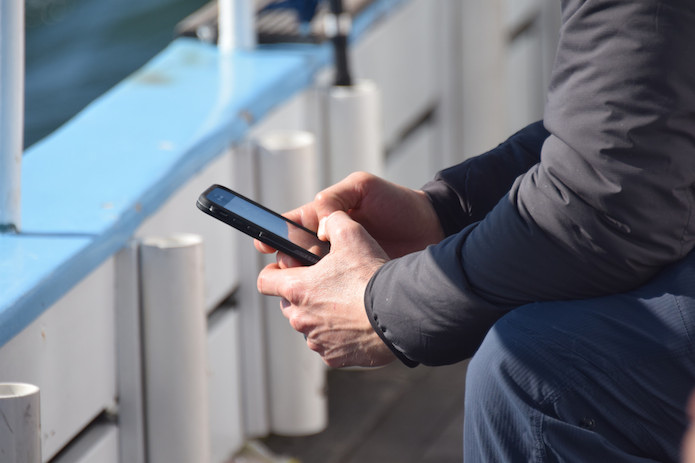 The typical phone user is not empowered to understand and manage the data their phones generate. CC BY 2.0, uploaded by [Tony Alter](https://www.flickr.com/photos/[email protected]/23136012321/in/photolist-Bfs7qa-faw88a-8Y5MDP-faKP9j-rUbERz-faLvSW-favxqV-nTsw9H-favAhn-ad7xZf-fawabg-nQMWKf-fawd52-862iiA-fawizi-faL28b-9EArhS-5gR3Tg-bsZFQd-fawi2T-m96auC-8Y8QQQ-e3pEM5-bV1eNr-bsZGzE-govoaf-e3iZDx-rU4Gv1-favFC4-iquTQc-faKTas-e3pF87-rU3wuu-favGTc-bFUzvi-favEpg-bsZJ9E-iNPNUu-faLwz5-o6s3SG-faKUd1-nQQ2Dr-favzha-faKNzd-o8ioqe-faLiPY-dYughe-e3pENQ-e3pF15-rU3wj9 “Tony Alter").

It's widely reported that many aspects of our daily lives create vast trails of data; data about places we go, things we buy and people we communicate with. In many cases our mobile phones are the source of this data generation or collection, but what's less widely understood is exactly what data they capture and what happens to it next.

It's almost inevitable that our mobile phones generate or collect personal data that we would view as highly sensitive – the medical conditions we research online, the locations of our homes, the phone calls we make – but the typical phone user is not empowered to understand and manage this data collection. By contrast, application developers, service providers and telecoms operators have the means to aggregate and analyse data from many individuals to see both the individual patterns and the big picture.

This creates a privacy asymmetry with the potential to both undermine trust in the technology and limit the broader value that could be derived from the data our phones collect anyway. But what if mobile phone users could be empowered to not just limit data collection they found intrusive, but to share that which was non-sensitive or that could be processed in a way as to render it non-sensitive? What riches could be created if data moved down the Data Spectrum – from closed, to shared, to open – and with appropriate safeguards contributed to a data commons for others to reuse? What novel insights and applications could be created that would benefit us all? Could we reduce traffic congestion by sharing and analysing anonymised data about travel or commuting patterns, collected from mobile phones? Could we actually improve people's privacy and security online by highlighting the unexpected types of data that are collected by their devices?

These questions have been central to the AHRC-funded project 'Empowering Data Citizens', a collaboration between King’s College London and the ODI. With the project now concluded, we're keen to share what we’ve produced in the hope that others will get involved in this fascinating area of research.

Our starting point for the research was the MobileMiner app for Android phones, which project Principal Investigator Dr Mark Coté, and Dr Tobias Blanke, Co-Investigator, both of King’s College London describe in this blog post. My colleague Leo Mack and I analysed the data that could be collected by MobileMiner, to produce an assessment of the risk of personal data disclosure from each of these data points.

This assessment then informed the development of a framework for metadata management and an end-to-end workflow (illustrated here) for processing personal data from MobileMiner into resources suitable for contribution to a data commons. A central component of this end-to-end workflow is the openPDS platform for collecting, storing and accessing personal data, with our own requirements detailed in this table, linked from another of Mark’s posts.

To anyone who’s explored this space in any detail it will be clear there are many remaining challenges to address, but we hope we’ve made some small but significant steps in the right direction. Dr Giles Greenway from King’s College London – a key member of the project team – has summarised some of the work in a fairly detailed slide deck (PDF), while various outputs from the project are list on the project blog. Those with a preference for more scholarly outputs should check out the paper ‘Towards a mobile social data commons’, that was presented at the 3rd Workshop on Big Humanities Data, held in conjunction with IEEE Big Data 2015 conference in Santa Clara. For those just starting out in the same direction, we’re pleased to share a short list of related resources that we hope can guide others’ research in this area.

In time, we hope that the power dynamic between technology users and the companies that support them can be redressed, such that everyone can benefit from data about the actions and activities of the many, rather than these being concentrated in the hands of a few large actors. Contributing to a commons of personal data can help this cause, while also enabling startups to compete with the world’s largest companies on a more level playing field.

For more information or queries, get in touch with [email protected].

Taking new drugs to a global market: what role can open data play?