Wendy Hall on open data: ‘It’s a means to an end, not an end in itself’

It is the unpredictability in the evolution of the web that is both the most exciting and the most challenging thing about it.

Ahead of her talk at the ODI Summit, we speak with web science expert Dame Wendy Hall. 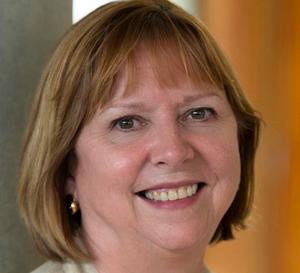 You have had a long career in the fields of web science and web technology. What first attracted you to the world of the web?

I became interested in multimedia and hypermedia in the 1980s. We built our own hypermedia system, called Microcosm, at Southampton in the late 80s and presented it at the European Hypertext Conference in Paris in 1990. Also at the conference was one Tim Berners-Lee who was talking about a system he was building that he was yet to call the World Wide Web. I’ve been involved with the world of the web ever since.

You are an important role model to women, being named as one of the six world-class women of outstanding achievement in science, engineering and technology, and being the first non-US woman to receive the Anita Borg Award for Technical Leadership. Throughout your career, have you seen progress in terms of opportunities for women in SET?

No, I see no real progress and in some ways the situation has got even worse considering the time and resource that has been spent trying to “fix” the problem, and the progress that has been made generally to create a level playing field for women in most walks of life. I despair sometimes. On a positive note, I see lots of good examples of very strong women in science and engineering being highlighted in the media, so maybe there is hope.

What will you be talking about at the ODI Summit?

The panel I am on is about the intersection of web science, technology and open data. The two main points I plan to make are firstly that one of the main drivers for the foundation of web science was to understand the factors underpinning the growth of the web of linked data, and one of those factors is the availability of open data. Conversely, studying the growth of open data and the innovation that results from its availability is a key component of web science. There is also a big component of big data analytics in web science, and I’ll be talking about that as well.

Which other sessions will you be looking forward to, and why?

All of them – it is an amazing line up of speakers and topics.

What direction do you see open data heading in over the next five years, and what most excites you about its future?

Open data is not an end in itself; it is a means to an end. As more open data becomes available, and more people and companies develop the skills to create innovative projects and applications around the open datasets, we will see things happening that we couldn’t possibly have predicted. It is this unpredictability in the evolution of the web that is both the most exciting and the most challenging thing about it.

As more councils, cities and countries open up their data, which sector do you think stands to gain the most?

Dame Ruth will be a panelist at a discussion on ‘The intersection of web science, technology and open data’ at the ODI Summit Conference at BFI Southbank, London, on Saturday, 4 November. Book your conference ticket here

Bill Thompson on open data: 'Nothing comes from nothing'

Joel Gurin on open data: 'Changing how we speak with governments'