With today’s water quality data release, EA has hit its target to release 1,500 datasets. We reflect on uses and benefits of EA open data, from flood defences to creating 3D worlds in Minecraft, and affirm how ‘going open’ has benefitted the agency itself 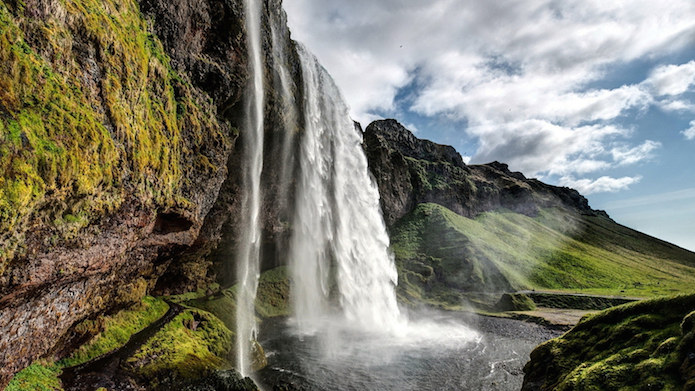 EA has released data on the quality of UK rivers, lakes and estuaries. CC BY 2.0, uploaded by [ROSHAAN Tahir](https://www.flickr.com/photos/[email protected]/12293326613/in/photolist-jJjvH8-fChNZX-ddhnwj-oQrS7q-hkqnxf-r8VJSe-dvTsqM-9XBTbA-8BxnPV-akkyQr-shEBdo-n5vTig-qkVLfg-d367zh-otbpuU-p83LEv-gmrWCR-6pqmrV-nu44hC-i1eFUS-duy9pH-fQArSS-h2WYEg-p5198T-nxsUvD-ptwbft-ppBaQS-nm3mR6-dhrTz8-ehxcoC-ktWAud-dYkw2c-hbBY6-gBVc1B-EFPdFb-pdNEvr-fLynC8-egQhnF-4QCTEi-9o12t1-rgrzKv-gDJoHp-h9Up1z-oaCbVh-cWgcGG-fKHiyE-keuhwe-6DvdTd-8ip42m-pGtNFk “ROSHAAN Tahir").

By Anna Scott and Jamie Fawcett

The UK Environment Agency (EA) has today published its water quality data archive dataset as open data, for anyone to access, use and share. The archive, which will be updated periodically, provides data on the quality of rivers, lakes and estuaries, and includes data on 58 million measurements on nearly 4 million samples carried out by the agency between 2000 and 2015.

This most recent release means EA has reached its #opendefra target to release 1,500 datasets, towards the 8,000 set by Secretary of State for Environment, Food and Rural Affairs Liz Truss for Defra in June 2015. It also follows on from six years of successful publication of bathing water quality data by EA, with the help of ODI Member, Epimorphics.

With support from the ODI Showcase, Epimorphics carried out research into the impacts of publishing this data openly. In its report, ‘How clean is the water?,’ Epimorphics explores the benefits of making water quality data open, not only for EA but also for data users, local authorities and campaign organisations. For example, Surfers Against Sewage and the Marine Conservation Society use the data for scientific analysis and trend-monitoring, to organise and campaign for remedial action and to hold water companies and the environmental agencies to account.

Though the benefits and beneficiaries of EA’s latest release may differ, the examples of the uses and benefits of open bathing water quality data that are set out in ‘How clean is the water?’ illustrate the value of publishing environmental data openly.

For EA, the release of this data is part of its own commitment to release all of its charged-for datasets as open data by April 2018. We developed an in-depth case study on EA last year. We found that as well as facilitating innovative new products, cost savings and efficiencies for businesses and government, making its data open has benefited EA itself. The process and impact of ‘going open’ helped achieve its core objective, increase efficiency and engage with external organisations much better.

Based on EA’s experience, the case study drew out some useful lessons for other organisations considering open their data. In particular: to consider licensing and terms from the outset, to publish data in accessible formats, to create user feedback loops to evaluate data’s impacts and to promote data and engage users.

Beyond open: EA data use and benefits

With every release, EA comes closer to realising its ambition to become an open-by-default organisation and the widespread uses and benefits of its data are emerging.

"We have released some really interesting data and seen it used in surprising ways," says Miranda Kavanagh, Director of Evidence, Environment Agency, in a blog published today.

"In September, we made LIDAR available for free. Archaeologists have used this data to find Roman roads; it’s been used to help the optimisation of rooftop solar cell installation; and gamers have used it to create realistic 3D worlds in the computer game Minecraft. In January we released information about flood defences and we have recently released additional flood data. Previously we had seen a number of innovative uses of our flood data, such as a free mobile app from The Red Cross which combines our flood warnings data and Met Office weather warnings to issue real-time alerts about severe weather.

This work at EA, as part of Defra, helps to build a more collaborative and responsive environmental data infrastructure. Opening up its diversity of environmental data – spanning water quality, height and elevation, marine and coastal ecosystems and flooding and much more – helps communities, businesses and different parts of government work better together to improve and discover new services, target interventions and manage resilience.

Anna Scott is a Writer / Editor and Jamie Fawcett is Research Assistant at the ODI. Follow @annadscott and @JamieFawcett1 on Twitter.

Environment Agency: How we revamped our data management