There is very soon to be a general election in the UK. Although a global organisation, the ODI is based in the UK, and the UK’s practices – particularly around data and democracy – are followed worldwide.

In this blog, we talk about what is in the manifestos of the biggest political parties and what is conspicuous in its absence from them, as well as the general election debate: the role technology plays in our future. 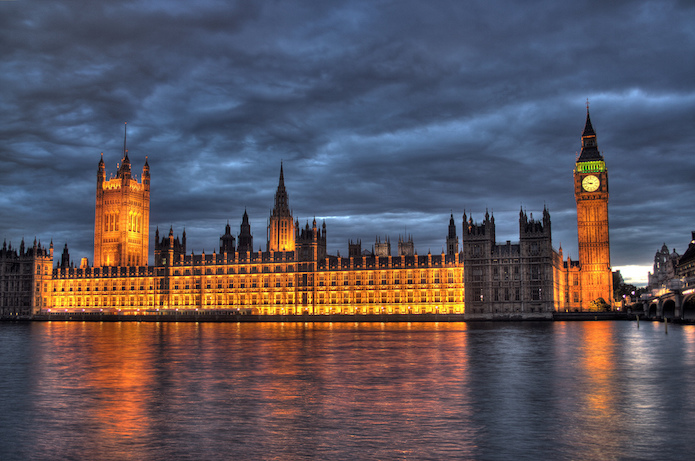 In the run up to the election we published some manifesto ideas on data. They included ways to help build a strong, fair and sustainable data economy where data gets to people who need it. People can then use data to solve problems, build new services and find new insights. When the manifestos were published our team worked together to read and compare them with those ideas.

Every party performed poorly when we assessed the manifestos.

After seeing how data was being used, or not used, in some of the campaigns, we also sent the biggest parties a letter. In this, we asked them to help voters make more informed decisions by being open about how personal data was used, and to publish more information about their candidates.

None have published data about their candidates; none are open about how they are using personal data.

Only the Conservatives and Liberal Democrats touched on data as a tool for growing the economy and tackling societal challenges. While we would not agree with everything they said – we think the ability to safely monitor and improve internet communications would be a very hard thing to deliver, for example – they did include things we liked, such as the Liberal Democrat's support for digital literacy and the Conservatives’ call for a Data Use and Ethics Commission.

The Conservatives included a proposal to open up data about land in the UK. Meanwhile, Labour’s renationalisation of Royal Mail might crack the important problem of providing open address data for the UK. Those proposals will take work to realise and might seem like technical issues, but open land and address data would unlock huge value for the UK by making it easier for people to improve the housing and renting market. It can help renters and buyers compare terms with other properties, construction companies decide where to build houses, the public sector identify where to target support and many more things besides.

… but there were also major gaps

With a few exceptions, such as commitments to Open Trials for medical research from the Lib Dems and beneficial ownership registers from Labour and the Scottish National Party, there seemed to be little understanding of how data and openness were creating new ways to deliver policies.

Data is not a magic bullet that solves every problem but it can provide new approaches to delivering policies: for example improving retail banking services, helping people get fitter or making it easier to fight fires. The manifestos suggested many consultations and big policy changes, but hardly recognised the need for policy trials to produce data that would help assess an idea against its theoretical promises. As Tim Harford recently said in the FT "for many government policies, it’s important to have an emergency stop to prevent bad ideas getting worse."

However, we also saw that there were bigger things missing.

While the Conservative manifesto recognised fast-changing technology as one of the country's great challenges, generally speaking the changes that technology, the web, the internet and the data revolution are bringing to our societies and economies have barely featured in the election debates.

Skating to where the puck used to be

Stephen Fry said at the Hay Festival this week that "the impact on our lives and employment [of technology] is incalculable, just as the effect on the world of Tim Berners-Lee’s web protocols and programs http and HTML were incalculable."

Just before the election was called we had published some ideas on how data could help the government's industrial strategy, as well as what we and other technologists had learnt about how to respond to people's raised expectations, the changes in our societies and the new possibilities created by 21st century technology. We have learnt these things from using technology and data to help people solve problems.

The impact has already led to raised expectations from citizens.

We can start to see the responses with a first wave of better public services and more productive and innovative businesses. But we can also see significant challenges, particularly on ethics, engagement and equity. Countries need to tackle those challenges and build trust in how technology and data are used if they are to see the benefits of subsequent waves of improved services and productive economic growth; yet technology is missing from the general election debate.

The need to tackle energy and water markets to make them work for consumers has been agreed upon but the ongoing market failure of access to data has not been recognised. This market failure will stunt new technologies such as artificial intelligence and driverless cars. While The Economist's oil analogy is misplaced – data has very different qualities to physical assets – its call to manage crucial parts of the data economy as public infrastructure is valid. Just like the energy and water markets, our data economy needs to be managed in order to make it strong, fair and sustainable.

The global nature of technological change also has not been widely debated. The internet, the web and data are fundamentally global: they do not know national boundaries. The UK's society and economy are being changed by global forces, yet the general election debate is focussed on national issues.

It is unlikely that the reason the role of technology is missing from manifestos is that policymakers don’t understand it; we know many of them do. We also think it is unlikely that voters don't care: the general election campaigning period included vigorous debate between voters on social media, the start of a formal investigation by the Information Commissioner's Office into use of personal data for political campaigning, reports that 1.6 million people's health records were shared by the NHS with Google Deepmind on an 'inappropriate legal basis' and the WannaCry attack which stopped operations in several hospitals.

Whatever the reasoning, the omission of the role of technology in manifestos has led to the wrong outcome. At elections politicians need to show that they have learnt from the past and can tackle immediate challenges – such as Brexit – but they also need to show leadership by openly debating the futures they aim for and helping voters choose which future they want for their country.

Technology will have an impact on every country's future, yet the UK has been failing to debate its role.

Open letter to parties: publish candidate data and be open about use of personal data

UK general election: how data can and should inform our decisions