As part of a series on open data leaders, we speak with Fernanda Capagnucci, Head of Integrity at São Paulo City Hall and Open Data Leaders’ Network member about her role, what drives her and the challenges of promoting transparency in Brazil 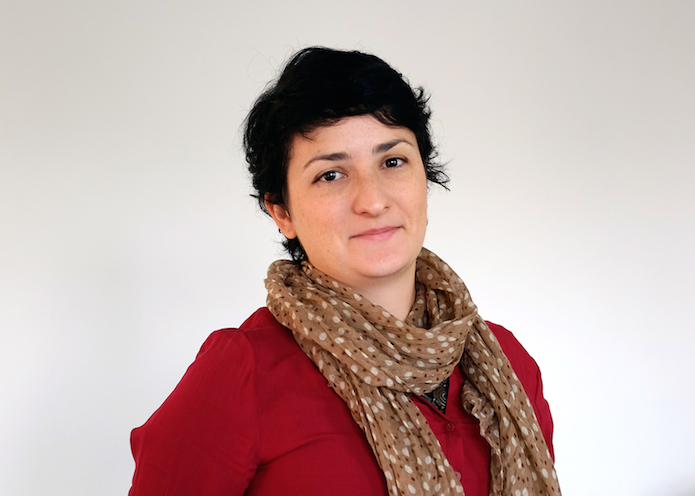 Fernanda Capagnucci in London for the Open Data Leaders' Network, 2016. Photo: The ODI

Fernanda Capagnucci was part of a community of civic hackers in São Paulo when she was asked to join the São Paulo Government as its Head of Integrity. Eager to discover how the 'big government machine worked from the inside', Fernanda rose to the challenge to help build integrity, transparency, and a system that offers better access to data for citizens.

Hi Fernanda! You’re Head of Integrity, what does that mean?

I help to prevent corruption at the city level; my team manages freedom of information requests and turn these into policies. Part of this involves fostering open data policies in the city, and part of it involves looking for proactive opportunities for transparency. Sao Paulo has 12 million people and 89 departments to coordinate. It’s quite a difficult task for quite a new institution!

What were you doing before you joined the government?

I started as a journalist and then went into education. I worked for an NGO and coordinated a programme called Observatory on Education where I began to work with education data. I then started to work with government departments to open data and become part of a community of civic hackers. That’s when I was invited to join the government.

Earlier you mentioned looking for proactive opportunities for transparency. Could you give us an example?

We started to analyse the freedom of information requests to find the top 10 in São Paulo. We started to discover some patterns, like some people wanting information that existed on the property register but wasn’t openly available. Companies wanted to know things like what land was available for their business, and social watchdogs wanted to know if any politicians had forgotten to declare his or her property. We had a big discussion and decided to open it all up on our public website.

We have a very organised civil society where people are well connected with journalists, media, blogs, and public data. We help them to use these tools to access the right information.

What do you think the biggest challenges have been for promoting transparency in government?

There's some internal resistance to open data because there’s a lack of understanding of what it is. People are worried about exposing their 'fragile' data and unaware of the potential that releasing data can bring. I think people in government are now starting to realise this potential, but it’s always hard to convince them.

If I say 'the UK did that five years ago!', or something similar about another country, it can help to persuade our government to do something. International examples of best practice can work really well. We’re also seeing vibrant communities emerging nearby in Latin America and are learning lots from them too. I used to mention Europe and the US a lot, but it’s becoming more and more common for me to mention examples from Latin America.

Do you think open data is bringing government and civic society closer together?

We gain trust from civil society when people see that we’re being transparent, even if they don’t like the outcome of the information we’ve shared. It opens a dialogue. We’re also running public consultations in the real world to discuss what kind of transparency portal people want or need.

When people know more about what the government is doing, what are the positive outcomes?

We want people to help us to watch the government. We know that corruption is still a huge problem, and it’s something that we have precise measures for but not enough human resources. We have to engage watchdogs.

Generally speaking, we need to go beyond considering citizens to actually bring them inside to help to build policies. I believe this can lead to an open government. It’s not just for propaganda – it makes policies better.

After a public consultation, we clearly see when we’ve missed something or not considered a particular viewpoint. Policy development gets richer. I really believe this. I realise some people use this kind of initiative as propaganda, but I believe the government can make its processes better and more efficient by allowing civil society to help shape them, because they’ll be more objective and precise. It’s not just for democracy, but for efficiency.

What have you enjoyed most about spending a week with other open data leaders here at the ODI, and what’s the most surprising thing you’ve learnt from them?

What always surprises me is that we work in such different contexts but face very similar challenges. It’s incredible. We can really learn from each other and take each other’s practices on board. We don’t have much time, we have to change things so quickly and from scratch without much reflection, so I've really enjoyed connecting with the other open data leaders – people with similar interests and challenges. It’s been a very rich process and I'm sure we’ll stay in touch. We can ask each other things like: 'Hey guys, does anyone else know how to do regulation of privacy policy?'