With the 2015 Open Data Awards just around the corner, we catch up with one of the judges, government transparency and open data expert Kitty von Bertele on the impacts and possibilities that releasing data openly can bring to governments, and where they have room for improvement. 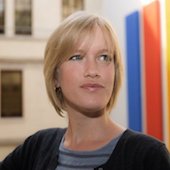 Hi Kitty. You work with the Transparency Team at the Cabinet Office Government Innovation Group. Tell us more about that.

I have just moved jobs from the transparency and open data team in the UK Cabinet Office, where I led the team working on open data policy across government and international transparency. For the next year I will be working on secondment to the Open Government Partnership, focused on supporting the Steering Committee and using those governments and civil society organisations, as well as others participating in the Open Government Partnership, to raise the partnership’s profile and better connect it with other international initiatives.

I joined the Cabinet Office and first got involved in open data four years ago, when the agenda was relatively young in the UK. It was just at the time of the second letter from the Prime Minister to departments, providing the mandate for further core data releases. Then, as work began on the open data white paper I had the opportunity to properly understand and appreciate the impact and possibilities that the release of open data could enable. It’s endlessly interesting to work on something that is innovative, with the opportunity to try things out and explore, involving so much work outside government and beyond traditional networks of people.

I pretty regularly use transport app Citymapper, which is particularly useful because I’ve just moved to a new city.

I’d like government departments to publish and improve the quality of more data. This will be useful for their own use and consumption, and for users outside government. For example, they should publish more and better data on government spend and contracts, so it is easier to compare between departments, and use that data to target spend and maximise efficiencies.

What are you most looking forward to about the Open Data Awards?

I’m looking forward to having the opportunity to understand more of the things that are happening around the world – there is huge value in exchanging ideas and solutions to common challenges in new areas like this.

Gideon Mann on data science: 'We can improve the lives of millions'