With the 2015 Open Data Awards just around the corner, we catch up with one of the judges, Director of Government Innovation at Nesta John Gibson, on the economic case for open data and how innovation can transform city governments. 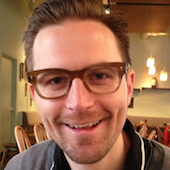 Hi John. You are Director of Government Innovation at Nesta. What does that involve?

I look after Nesta's work relating to government innovation. This means having responsibility for a range of cool projects, including the Open Data Challenge Series.

This is going to sound very geeky, but in 2006 the Office of Fair Trading did a report on the Commercial Use of Public Information. It was one of the first pieces of work I saw that set out the economic case for open data in detail (I think it may actually have predated the use of the phrase 'open data' in government).

Citymapper, a transport app which I use on a near daily basis. I also suspect I use many other products on a day-to-day basis that are powered by open data without me realising.

There's a strong case to be made for open data being used to make regulated markets work better. For example, if banks and energy companies kept a canonical list of live tariffs with standardised terms and conditions, it would allow for more sophisticated comparison services and remove all doubts about their objectivity.

What are you working on at the moment?

Quite a few things in addition to the Open Data Challenge Series. For instance, I'm looking after a project that helps city governments develop policies to support innovation and entrepreneurship. Another one focuses on helping local authorities to undertake digital transformation. I'm also working with the Behavioural Insights Team to develop a suite of products based around behavioural science.

What are you most looking forward to about the Open Data Awards?

Learning about all the different ways in which open data is being applied in practice.