British cyclist Chris Froome’s ability to navigate the perennial relentlessness of the Tour de France has come into question in recent days. His speed through some of this year’s stages has seen some, French cycling commentators Laurent Jalabert and Cedric Vasseur in particular, dispute whether he is participating free of biological or mechanical doping.

In a sport riddled with doping allegations and offences, Team Sky principal Sir Dave Brailsford has taken the unprecedented step of making some of the racer’s performance data available to the public, in order to support his denial of any wrongdoing.

The data encompasses Froome’s heart rate, power and ascent speed, among other data points, from the controversial stage 10 ride of the race. This type of data is considered an indicator of a cyclist's performance over a given stage or ‘attack’. 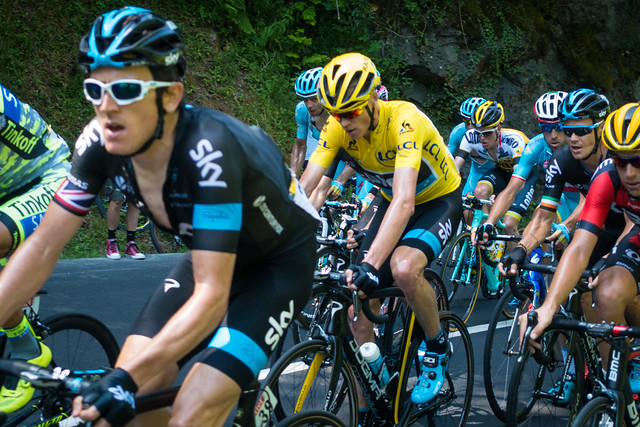 Although the data is usually considered competitively sensitive - comparable in nature to that collected and analysed by Formula 1 teams on their cars’ performance and protected so ferociously from one another - Brailsford hopes that making it available will help to quash the allegations.

It is suggested that the data can be analysed similarly to the way the Union Cycliste Internationale (UCI), Cycling Anti-Doping Foundation (CADF) and other agencies look at pro cyclists’ biological passports to look for irregularities in blood levels, to identify unusual relative spikes in power. By comparing the data with that from previous races, Team Sky has publicly suggested that Froome’s performance, whilst very strong, does not fall beyond the bounds of his previous abilities.

Brailsford has called this week for the UCI to obligate teams to maintain a detailed ‘power passport’ documenting every rider’s performance data, to be shared with regulatory bodies such as the UCI, CADF or the World Anti-Doping Agency (WADA). He argues that this will ensure that teams are held to the same standards of transparency and help other riders to avoid the type of hysteria that has surrounded Froome this week.

...ultimately, I can’t see why any team would have a problem with divulging all of their power data to a set of independent experts. And then you can get not only cross-sectional reference between riders, you can get longitudinal data on riders too and over a period of time you could build the dataset required to give everybody a better understanding and a better picture of the overall situation.

Watching the story progress, I couldn’t help but think of the data spectrum. Whilst Froome’s heart rate, along with other key data points, has become publicly available this week - albeit without an open licence - it has long been closed. Popular support for Brailsford’s call for this data to be routinely submitted to regulators could ultimately see it become shared. 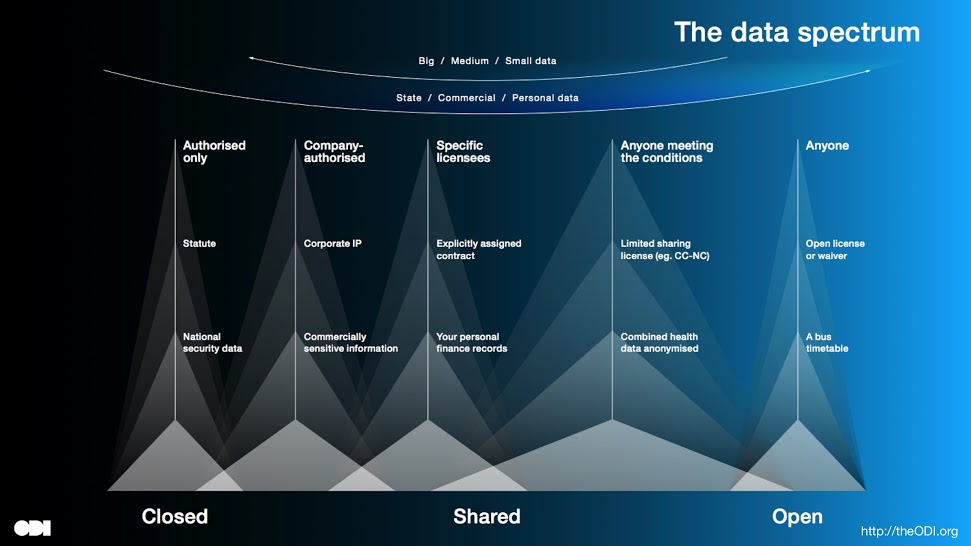 For me, it is intriguing that the tumultuous events away from this year’s route may act as a catalyst in changing the way the sport monitors its best athletes. It is this shift in the way the data is considered, by teams and regulators alike, that will unlock its use for good.

In this case, regulators would be able to use the data alongside current practices to better understand and monitor the performance of pro cyclists. Ultimately, it could help them to identify those athletes that are doping.

For clean teams, this would only enhance their reputations and help to protect them from the scrutiny and allegations that have plagued Froome and Team Sky this week.

Shaking up the way we think about what, and how, data is currently made available is happening beyond the yellow jersey of the Tour de France. In other sports and industries from agriculture to healthcare to the arts, and many more, groups are exploring the wider potential of the data they create and maintain, sometimes when made publicly available as open data. Through its data infrastructure work, the ODI seeks to support this exploration and help unlock the benefits from making data as widely available as possible.

Brailsford and Team Sky have inadvertently reinforced a key message from the ‘Who owns our data infrastructure?’ discussion - a commitment to the availability of data. Whilst it is unlikely that Chris Froome’s heart rate will be made publicly available beyond the hysteria of this week, the team’s support for sharing more performance data with selected groups may enable the better regulation of the sport. After a highly-charged few stages in Muret, this would be a win for all involved.

A game of two halves: how open data can tackle corruption and save Fifa’s future