The BBC depends on the trust of its audiences. Releasing open data could help audiences understand more about how it’s performing and spending their money 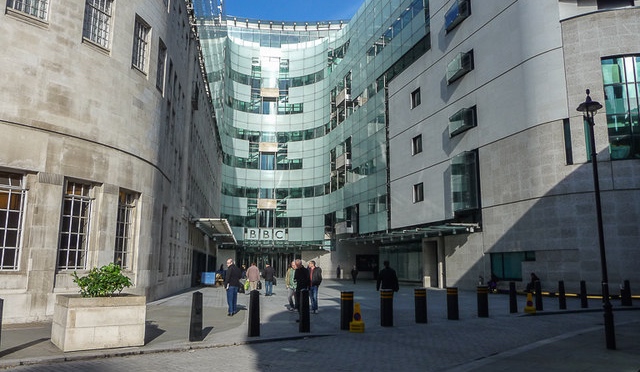 Open data could help the BBC to deliver its content to audiences where and how they want it. CC BY-SA 2.0, copyright Christine Matthews.

In the run-up to the ODI Summit, we talk to guest speaker Richard Leeming, External Relationship Manager at the BBC.

Richard has led an ambitious and groundbreaking three-way partnership between the BBC, Jisc and the BUFVC to create a web platform that gives the education sector free access to cultural content. Richard has spent more than 20 years at the BBC.

Hello Richard. What do you think the open data movement could do for an organisation like the BBC?

Open data could have significant benefits for the BBC. Firstly, we depend on having and holding the trust of our audiences. Embracing open data would allow audiences to get better information about how we’re performing and spending their money. Secondly, open data could enable the BBC to become more efficient about delivering its content to audiences where and how they want it.

Embracing open data could also benefit our relationships with government: if the BBC throws its institutional weight behind open data we can encourage uptake elsewhere, enabling the multiplier effect to increase efficiencies in the British economy.

What will you be talking about at the ODI Summit?

I’ll be talking about how the digital archive team is using open data to enable access to the BBC’s huge archive. I’ll be illustrating the challenges we’ve faced by talking about the release of the BBC’s Shakespeare Archive Resource. This will enable schools, colleges and universities across the UK to get online access to our our archive of television and radio broadcasts of Shakespeare’s plays, poems and sonnets as well as programmes about Shakespeare and more than 1,000 photos.

The ODI Summit this year celebrates Generation Open: global citizens who embrace network thinking. How is open culture bringing transparency, accessibility, innovation or collaboration to the sector you work in?

It’s all about the expectation – we’re on the cusp of an enormous change. Most media organisations still work on the basis that the editorial staff decide what the audience consumes. That’s all about to change. In the BBC we’re seeing a new generation of producers, directors, actors and other ‘talent' beginning to expect access to open resources and to understand that productions they work on can and will be made openly available.

Which innovation or discovery in open data has most inspired or surprised you?

After joining the Research and Education Space I realised what mattered wasn’t open data or linked data but linked open data. The data has to be usable, and to be usable it has to have links. Once we’ve sorted that out then the idea that my kids will be able to access data about the world’s cultural assets quickly, easily and efficiently at their schools is really inspiring. It makes vivid all the democratising possibilities of digital technology.

What direction do you see open data heading in over the next five years, and what most excites you about its future?

It will become ubiquitous and we’ll stop talking about it. No-one talks about electricity. We just plug into the socket and go.

Richard will be presenting his talk: ‘Love’s Labour’s Lost? How the BBC’s Research and Education Space is using linked open data to enable Shakespeare to span the globe, again.’ at the ODI Summit, NFT1 Keynote Theatre, 15:05–15:15. Book your ticket today.

Hannah Foulds is Digital Marketing Manager at the ODI.

The Open Data Institute connect, equip and inspire people around the world to innovate with data.

Becky Hogge: 'It's time for the open data community to stop playing nice'